Latest
Joe Biden’s Reckless Behavior Has Created This Huge...
Tucker Carlson Exposed A Horrifying Way Vaccine Companies...
Top Republican Just Exposed How Democrats Are Covering...
A Key Player In the Democrats’ Attacks Against...
Dr. Fauci Was Working On This Huge Secret...
Devin Nunes Said Nine Words That Laid Bare...
This Voting Machine’s Irregularities Were Major Enough To...
A Top Official Dropped A Bombshell How Democrats...
This One Document Shows Just How Much Joe...
A Democrat Proposed A Wild Conspiracy Theory To...
Home Featured Bad News for Michelle Obama as Jussie Smollett Hits the Press Again
Featured 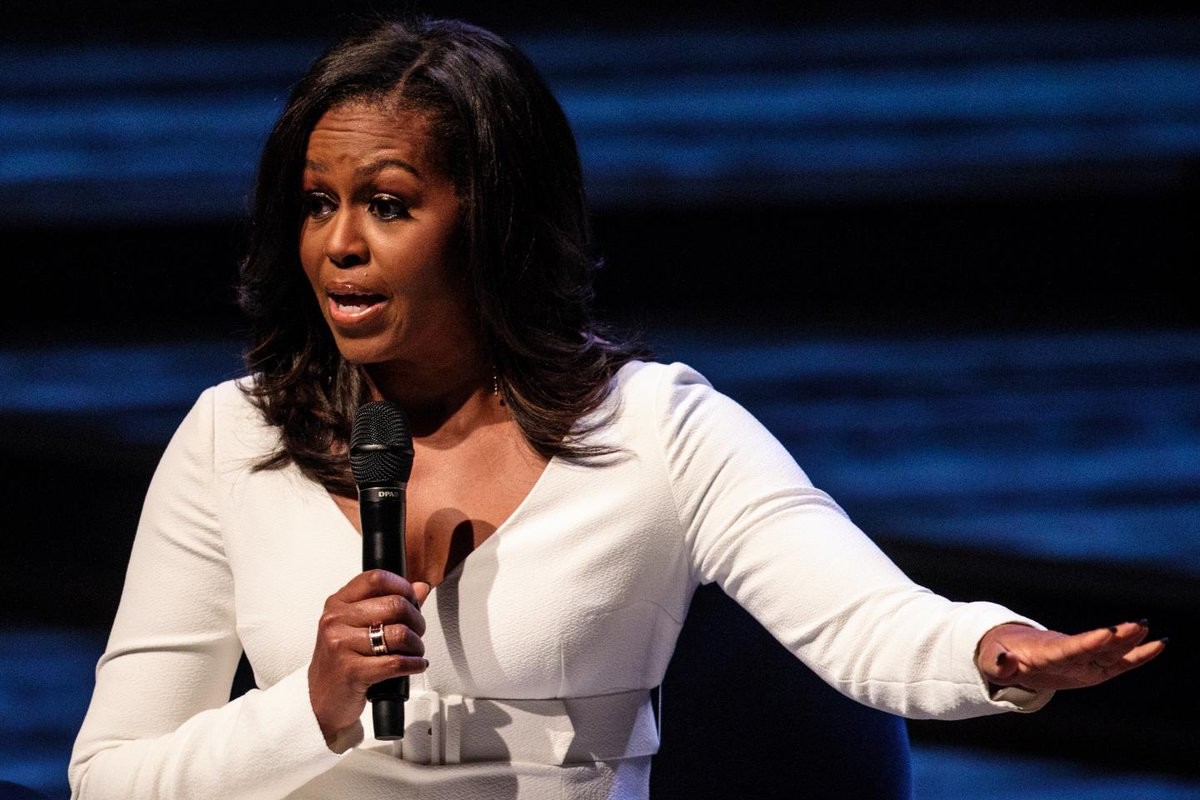 A major lawsuit was just filed that could put the Obamas back in the legal crosshairs.

And this suit, if it goes to trial, could break wide open the cover-up of Obama’s involvement.

That is bad news for Michelle Obama as Jussie Smollett hits the press again.

Barack and Michelle Obama breathed a big sigh of relief when the Jussie Smollett story died out after the initial outrage at his release.

While he claimed to have been attacked by “two white men in red MAGA hats,” it turned out the whole thing was a hoax orchestrated by Smollett himself.

The only questions remaining were: Why did he do it? And, how long would his prison sentence be?

Most observers agreed he did it either as some misguided and asinine political stunt to “get” Trump supporters; or just to get his name in the limelight as his acting career was not taking off like he thought it should.

As for his punishment, well it was basically non-existent.

Even though his “hoax” was, in fact, the very definition of a hate crime, and cost the city of Chicago millions of dollars and thousands of police man hours.

The outrage exploded at Kim Foxx, the head prosecutor who let Smollett go.

But then things got interesting as news started coming out linking Michelle Obama to Smollett’s release.

Reports surfaced that the former First Lady’s chief of staff and close confidant, Tina Tchen, had made phone calls and supposedly called in some favors for the Obamas.

She had previously tried to get Prosecutor Foxx to coerce the police to turn the case over to the FBI, where close allies of the Obamas are still in power.

Many have even claimed that Michelle Obama herself got involved.

On a Fox Business show, Sean Hannity correspondent Lawrence Jones III claimed former First Lady Michelle Obama “made some phone calls” to have Smollett’s charges dropped in order to distract Americans from the release the Mueller report since it exonerated Trump.

“We know that Michelle Obama’s chief of staff made some phone calls,” Jones said on Fox Business.

“I would also note that the reason why they released this now is because after the Trump investigation was concluded they knew during the news cycle this was the perfect time to release this,” Jones cited Chicago Sun-Times, which first reported Tina Tchen’s involvement.

So, it was a frantic few days of worry for Michelle Obama as news of her possible involvement started coming out.

Then, as soon as the stories began appearing they seemed to disappear.

Some said it was just the normal news cycle, some claimed the Mueller report had taken all the air out of the Smollett news, but others wondered why there was no investigation into Obama’s involvement.

So Michelle Obama was not too pleased to hear that the two Nigerian brothers who Smollett hired to “beat him up” are suing Smollett’s lawyers in a hard-hitting defamation suit.

And if that suit goes to trial, you can be sure that Kim Foxx, Tina Tchen and even Michelle Obama will be called and under oath will have to explain their involvement.

The 16 charges against Smollett, including multiple felonies, were dropped suddenly by Kim Foxx and the Cook County State’s Attorney’s Office on March 26, enraging Chicago police and the public.

Now, with this new development, we may find out just how involved the Obama machine was in releasing Smollett, despite a ton of evidence of his crimes.

Trump Thrown Off the Ballot in 2020