Latest
Joe Biden’s Reckless Behavior Has Created This Huge...
Tucker Carlson Exposed A Horrifying Way Vaccine Companies...
Top Republican Just Exposed How Democrats Are Covering...
A Key Player In the Democrats’ Attacks Against...
Dr. Fauci Was Working On This Huge Secret...
Devin Nunes Said Nine Words That Laid Bare...
This Voting Machine’s Irregularities Were Major Enough To...
A Top Official Dropped A Bombshell How Democrats...
This One Document Shows Just How Much Joe...
A Democrat Proposed A Wild Conspiracy Theory To...
Home Featured Alexandria Ocasio-Cortez’s Ill-Fated Trip to This State Could Mean the End for This State-Wide Candidate
Featured 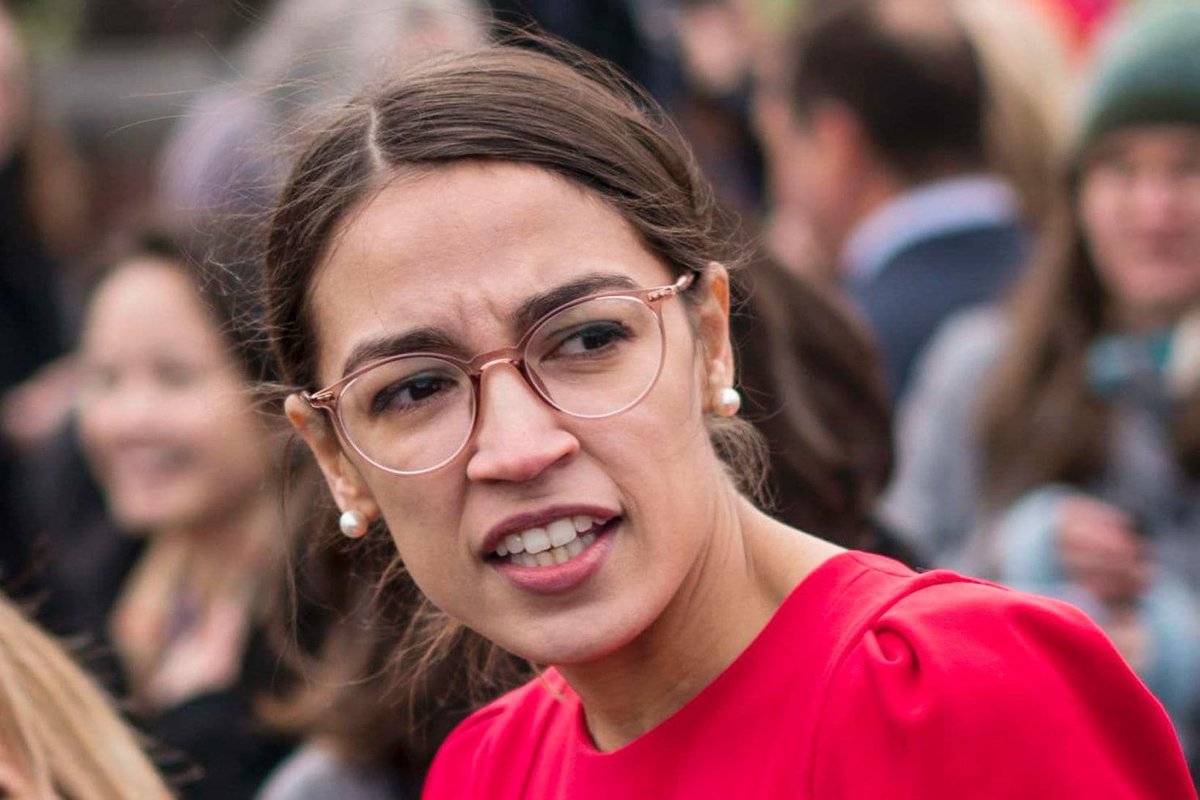 Ocasio-Cortez is bringing her socialist sideshow to this conservative red state.

This will force key Democrats to answer some tough questions.

And Alexandria Ocasio-Cortez’s ill-fated trip to the state could mean the end of this state-wide candidate.

This is most likely a very smart move by these candidates in a state that has already seen thousands of mine workers unemployed due to Obama-era coal restrictions.

Yet now, the architect of this program, AOC herself, is planning a visit to the Bluegrass State.

The Louisville Courier-Journal reports that socialist Congresswoman Alexandria Ocasio-Cortez, one of the Green New Deal’s writers and chief proponents, announced that she will travel to Kentucky.

Her visit certainly raises some tough questions for Andy Beshear, Adam Edelen, and Rocky Adkins as they seek the Democrat nomination for governor.

According to the Republican Governor’s Association:

“With Rep. Alexandria Ocasio-Cortez coming to Kentucky to push her far-left plan estimated to cost $93 trillion and destroy the nation’s economy, it’s past time for the Democrats running for governor to speak up,” said RGA Deputy Communications Director John Burke.

“Will Beshear, Edelen, and Adkins appear with Ocasio-Cortez, or will they continue to refuse to stand up to the increasingly extreme leaders of their party? Kentucky’s coal industry could hang in the balance.”

Ocasio-Cortez’s bombastic rants and threats have already become legendary for this first-term Congresswoman, and inside the beltway, in Hollywood and in liberal enclaves like Massachusetts she has become a beloved socialist warrior princess.

Yet in the vast majority of the country, in places just like Kentucky, she is looked at with a mix of derision, pity and fear.

One minute she is “as dumb as a stump”, the next she is being touted as the next Nobel Prize winner in Economics.

While she certainly has built up a base of supporters, very few of them come from Kentucky.

And with a gubernatorial race going on, her visit to the Bluegrass state is seen by most political observers as a death knell for the Democrat nominee.

Either they can appear with her and support her Green New Deal and lose the general election, or they can avoid her and oppose her job-killing, economy-wrecking GND and lose the primary to another Democrat.

So the question most observers are asking tonight is, which one or ones of the Democrat gubernatorial candidates will stand with AOC and which ones will stay far away from her?

We will keep you updated on this story.