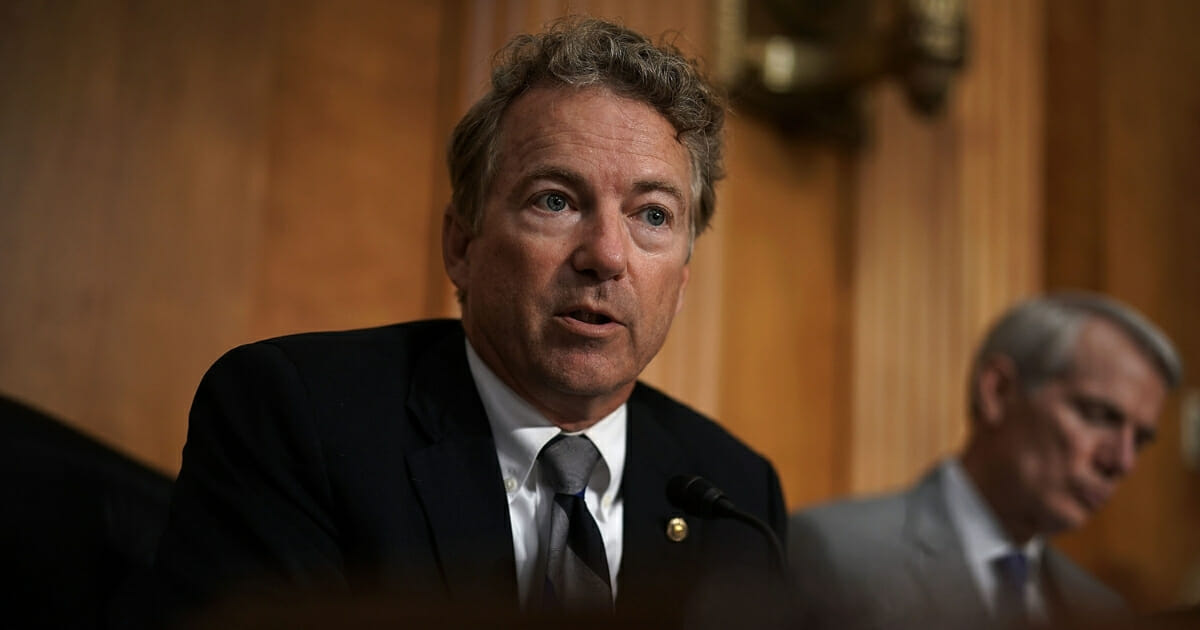 A high-level source tells Senator Paul this one Obama crony is to blame for the entire anti-Trump, Mueller probe.

Paul is demanding a formal investigation into this Obama Top CIA spy master.

And you won’t believe who he is pointing the finger at.

Senator Rand Paul claims a high-level source gave him the name of the former Obama official who started the whole Russia probe.

According to the Washington Examiner, Senator Rand Paul has heard from a high-level source that it was Obama CIA director John Brennan who insisted the fake Steele dossier be included in the original intelligence report that led to the Mueller investigation.

This story began unfolding with this tweet from Senator Paul;

BREAKING: A high-level source tells me it was Brennan who insisted that the unverified and fake Steele dossier be included in the Intelligence Report… Brennan should be asked to testify under oath in Congress ASAP.

The Senator had already called for Congress to launch a full-scale investigation into Obama and his team to determine the level of their involvement in creating this scandal.

And the new information pointing the finger at Brennan further increased Senator Paul’s desire to get the investigation moving.

In a recent news release Senator Paul announced he will be offering an amendment to the House-passed resolution demanding the release of the full Mueller Report.

Further, Senator Paul has stated he will vote against releasing the Mueller Report unless it includes these items.

Paul has been one of a handful of leading politicians who have said all along the Mueller probe was a sham, based on the hoax of a fake Steele dossier, released and circulated by the likes of Brennan and now-deceased former Senator John McCain.

The dossier was paid for jointly by the Democratic National Committee and Hillary Clinton’s campaign. And Paul and others have claimed all along the dossier, though a fake political hit piece, was the reason for the FISA warrants obtained in this case.

We will keep you updated on this important issue.

Trump Announces This Move That Has Michelle Obama Quaking in Fear