Latest
This Leading CEO Applauds High Energy Prices for...
Joe Biden Was Caught Whispering to Himself and...
The Real Reason the January 6 Committee Canceled...
Sources Say Joe Biden Ordered the Destruction of...
Joe Biden Has a Plan to Regulate Cryptocurrency...
Joe Biden Just Said the One Thing That...
This Shocking New Hunter Biden Revelation has Democrats...
Joe Biden is Stepping Up Efforts to Purge...
More 2020 Voter Fraud – Election Official Charged...
Mitt Romney Proved He’s a Tool of the...
Home U.S. NewsGovernment This Big Lie About John McCain is Causing Big Trouble for One Unexpected Person
Government 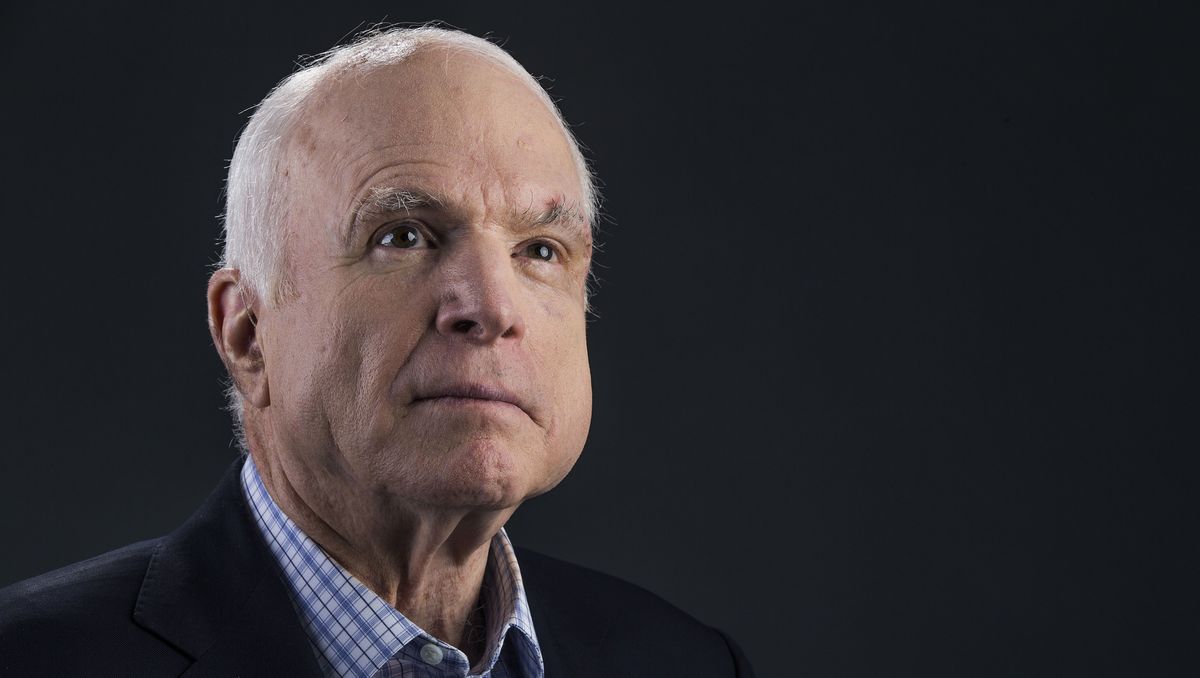 John McCain’s political rivalry with Donald Trump was no secret.

The late Arizona Senator constantly schemed to undermine the President.

But one big lie about John McCain is causing trouble for this unexpected person.

John McCain was neck deep in the coup to overthrow President Trump.

And his chief aide – David Kramer – went to London to personally receive a copy and then proceeded to show the dossier to over one dozen media outlets in hopes they would publish the hoax allegations that the Russians compromised Donald Trump.

The fake news media tried to make President Trump’s comments about McCain – and not McCain’s subversive conduct – the story.

McCain and Graham were the leaders of the Democrat wing of the Republican Party fighting for open borders, “global warming” legislation, endless wars, gun control and international trade deals that sold out U.S. sovereignty.

And he knows his alliance with McCain – as well as his past attacks on President Trump, such as calling him a “jackass” – makes him vulnerable in a Republican primary.

So Graham is lying to the fake news media and Republican voters by downplaying his bond with McCain and peddling the falsehood that McCain had no idea his top aide conspired with the anti-Trump media on a coup against President Trump.

“There were some McCain people who took a piece of garbage and tried to go after Trump after the election but I told the president it was not John McCain. I know because John McCain showed me the dossier, and I told him the only thing I know to do with it,” Graham told reporters.

“It could be a bunch of garbage. It could be true. Who knows? Turn it over to somebody whose job it is to find these things out, and John McCain acted appropriately,” the South Carolina RINO continued.

Graham then lied through his teeth and falsely claimed he supported the President’s agenda.

“I want President Trump to be successful. He’s been very good to me in the sense that he’s let me in his world and I have some access to the president about things that matter to me and the country. And I appreciate that. I want him to be successful,” Graham lied.

Nothing Lindsey Graham said was true.

Do you think John McCain authorized his staff to leak the fake news Christopher Steele dossier to the media?