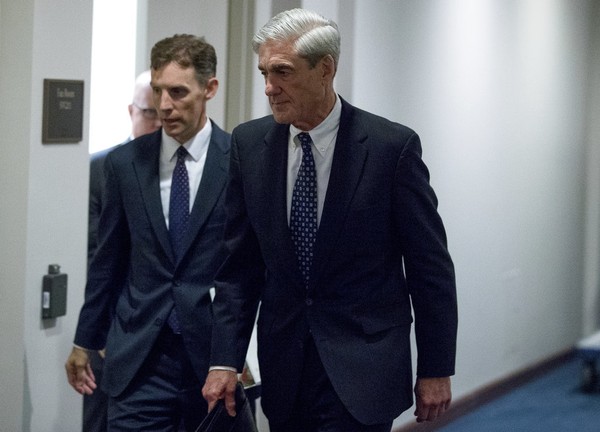 Robert Mueller has tried every trick in the book to jail or impeach Donald Trump.

The corrupt special counsel will leave no stone unturned in this quest.

But you won’t believe this underhanded tactic he used to frame the President.

After Donald Trump fired then-FBI Director James Comey, he interviewed a series of candidates before settling on Christopher Wray as his selection.

One of the contenders Trump interviewed was none other than Robert Mueller.

Mueller ended up not getting the job, but President Trump – as well as some of his supporters – believe Mueller’s interest in the job and being turned down for it by Trump render him inherently conflicted.

If Mueller had half the integrity his defenders in the Washington swamp and fake news media claim he has, he either would have recused himself or never taken the job in the first place.

Now there are even more disturbing details about Mueller’s interest in the FBI Director position.

Disgraced former Deputy FBI Director Andrew McCabe wrote in his book “The Threat” that Mueller interviewed for both the special counsel and FBI Director positions and left his phone in the room with Donald Trump.

McCabe wrote, “In this same meeting Rod talked about interviews with candidates for director. Then he flipped back to talking about possible candidates for the special counsel job. It was hard to track whether he was talking about candidates for one job or for the other. One minute, he said Mueller had been asked to interview for the position of FBI director; Mueller had gone in for an interview with Trump, and left his phone there, and then the phone had to be retrieved.”

Two things jumped out about this anecdote.

Mueller defenders will claim the former FBI Director is a patriotic and civil-minded individual that puts country above all else and figured in either capacity he could bring stability and a sense of being a fair broker to a tumultuous situation.

Millions of Americans don’t believe that tripe for one second.

There is another sinister reason to think Mueller interviewed for the FBI Director job and “left” his phone in the room with Trump.

By interviewing for the position of FBI Director, Mueller got a free chance to speak with the President about the FBI, Russia, and whatever else came up in the interview without Donald Trump’s lawyers present.

Mueller tried to play a fast one.

Second, some skeptical Americans believe Mueller left his phone behind on purpose.

He could have set it to record in hopes of capturing the President in an unguarded moment discussing Comey’s firing or the Russia investigation.

Mueller defenders would dispute that claim but his investigation is rife with abuses of power and unethical behavior.

The greatest example is a land, air and amphibious private army to storm Roger Stone’s home and arrest him at 6AM after tipping off CNN so they could record the FBI taking the Trump associate into custody on live TV.

No one should put anything past Robert Mueller and his unyielding quest to overthrow the President of the United States.

You Think You Know Everything Going On With Your Cell Phone?