Latest
Joe Biden’s Reckless Behavior Has Created This Huge...
Tucker Carlson Exposed A Horrifying Way Vaccine Companies...
Top Republican Just Exposed How Democrats Are Covering...
A Key Player In the Democrats’ Attacks Against...
Dr. Fauci Was Working On This Huge Secret...
Devin Nunes Said Nine Words That Laid Bare...
This Voting Machine’s Irregularities Were Major Enough To...
A Top Official Dropped A Bombshell How Democrats...
This One Document Shows Just How Much Joe...
A Democrat Proposed A Wild Conspiracy Theory To...
Home U.S. NewsGovernment Kamala Harris Exposed The Biggest Lie The Media Told About The 2016 Election
Government 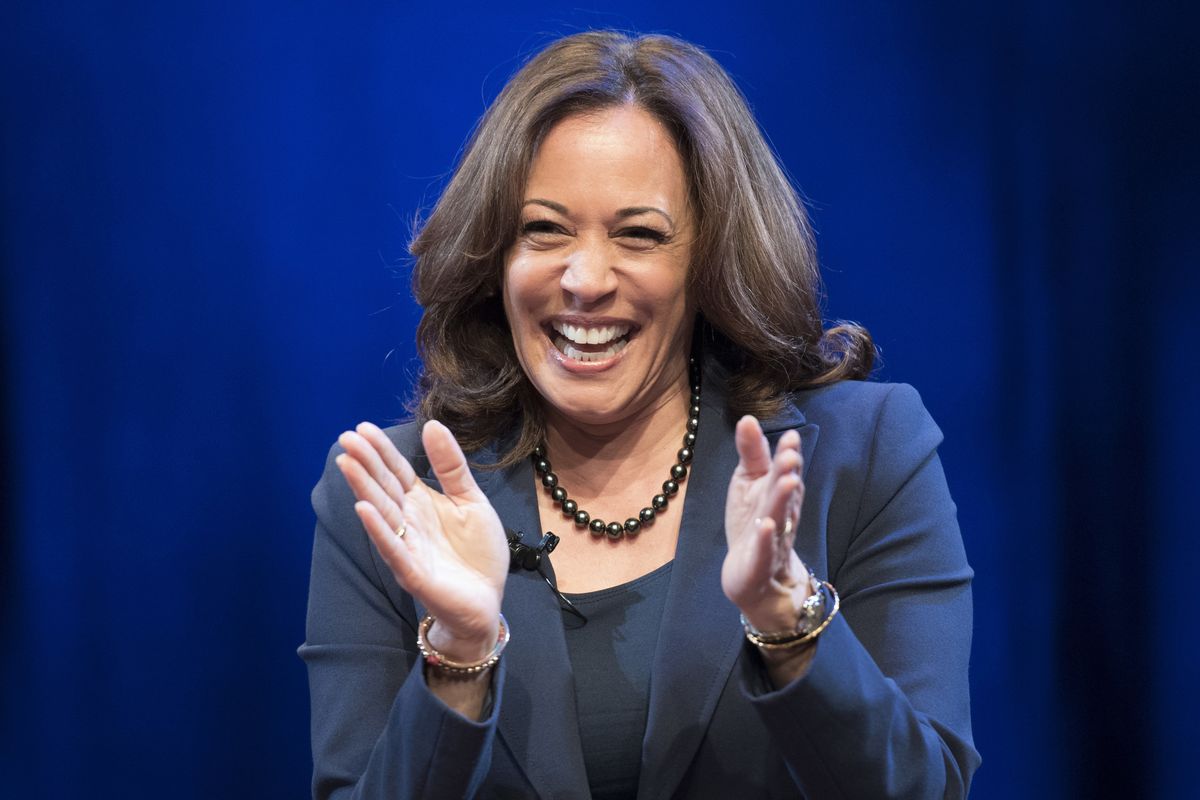 But they told one falsehood above all others about Donald Trump and the results of the 2016 election.

And Kamala Harris left everyone flabbergasted when she accidentally exposed the biggest lie the media told about Donald Trump and the 2016 election.

Harris campaigned in Iowa and ranted and raved on the stump about the President.

The California Democrat went so far as to allude to jailing Donald Trump.

“We’re gonna need a fighter … and we’re going to need somebody who knows how to prosecute the case against this president,” Harris roared.

Harris is not the first Democrat to threaten Trump with prosecution.

Elizabeth Warren hinted Trump would not run re-election in 2020 because he would be cooped up in an 8×12 in federal prison.

These remarks generated no outrage in the so-called “mainstream” – or what Trump supporters call fake – news.

Trump supporters took notice of the subdued media coverage and compared that to 2016 when Donald Trump told Hillary Clinton during a presidential debate that she should be in jail.

During one exchange during the second presidential debate Hillary Clinton exclaimed “It’s awfully good that someone with the temperament of Donald Trump is not in charge of the law in this country.”

“Because you’d be in jail,” Trump fired back in the most memorable exchange of their three presidential debates.

Trump’s remark was a callback to the famous “lock her up!” chant that Trump supporters shouted at rallies across America after Hillary Clinton’s criminal conduct in her email scandal became too obvious to ignore.

Fake news reporters clutched their pearls and acted like Trump wanted to turn America into a banana republic.

But Barack Obama had no issue jailing his political opponents.

The Obama administration faked charges against the filmmaker who made the video Obama and his lackeys claimed incited the Benghazi terrorist attacks to jail him for a supposed parole violation.

Harris and Warren are merely keeping up with the modern tradition of Democrat presidents weaponizing the Justice Department to terrorize and harass conservatives.

The Trump administration has jailed no Deep State agents.

James Comey, John Brennan, James Clapper and Andrew McCabe all avoided an orange jumpsuit a frog-march out of federal court.

This is why Trump supporters complain that there are two standards for the justice systems – one for Democrats and a harsh, unforgiving structure that punishes Republicans for even the most minor of offenses.