Latest
Joe Biden Has a Plan to Regulate Cryptocurrency...
Joe Biden Just Said the One Thing That...
This Shocking New Hunter Biden Revelation has Democrats...
Joe Biden is Stepping Up Efforts to Purge...
More 2020 Voter Fraud – Election Official Charged...
Mitt Romney Proved He’s a Tool of the...
Ford Slammed the Brakes on the Deep State’s...
Even the Deep State is Going Bananas Over...
The FBI Secretly Forced Americans to Hand Over...
Joe Biden’s DOJ Just Ordered the FBI to...
Home Featured You Won’t Believe How Alexandria Ocasio-Cortez Escaped A Career-Killing Scandal
Featured 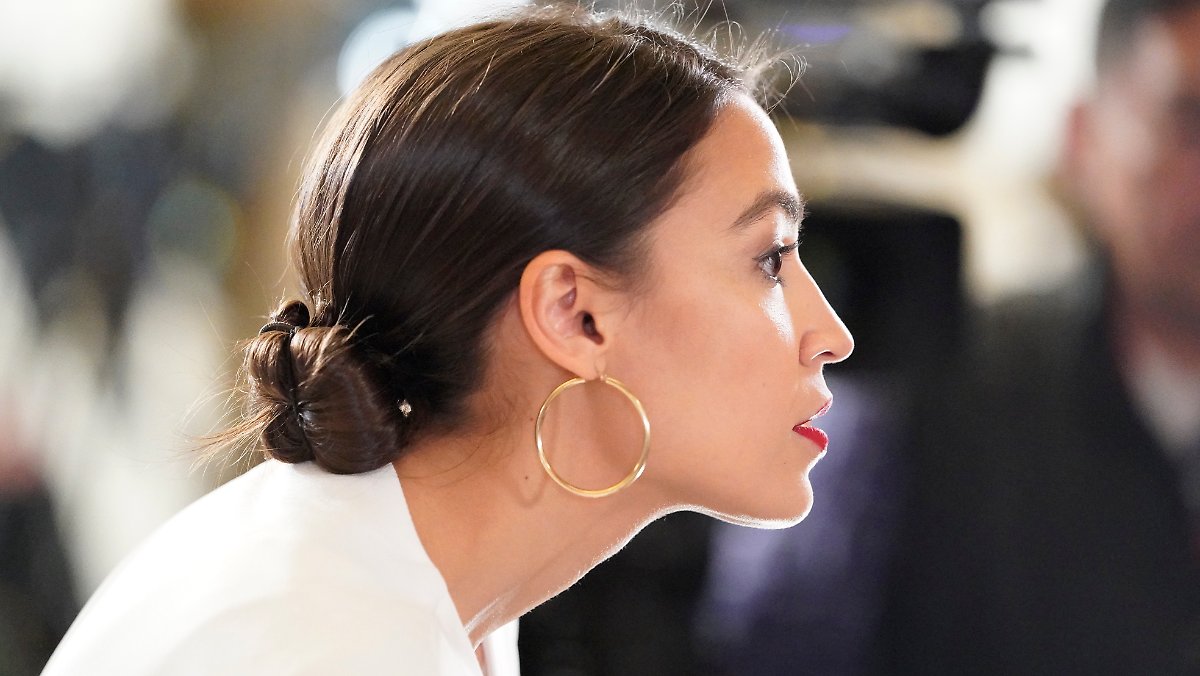 Alexandria Ocasio-Cortez is one of the most controversial members of Congress.

The self-described Democrat socialist is constantly on the hot seat for shady conduct and outrageous statements.

But you won’t believe how Ocasio-Cortez escaped this career-killing scandal.

While you were having a nice Valentine's Day, @AOC decided to put her boyfriend on staff – drawing a salary on the taxpayer's dime. Nice to see her adapting to the swamp so quickly. pic.twitter.com/bvncwzxY53

Ocasio-Cortez responded, “Actually this cal designation is a permission so he can have access to my Google Cal. Congressional spouses get Gcal access all the time. Next time check your facts before you tweet nonsense.”

Who was correct in this instance?

Former Republican member of the House Jason Chaffetz criticized Ocasio-Cortez’s move by noting that Ocasio-Cortez was asserting a privilege reserved for spouses for her boyfriend.

“It’s totally naïve and inappropriate – you wouldn’t allow it in most companies, let alone the House of Representatives. There should be real consequences,” Chaffetz told a reporter from Fox News.

“When I was in the House, my scheduler would forward my wife my schedule once a week. But you’re not allowed unfettered access. And he isn’t even her spouse,” Chaffetz continued. “… It should be referred to the ethics committee for further investigation.”

For their part, Ocasio-Cortez’s office defended the move by claiming the boyfriend was not paid.

He’s not on staff/not paid. Spouses and partners normally get http://mail.house.gov  e-mail addresses for the purpose of getting calendar access.

Amazingly enough, this questionable decision and back and forth as to if Ocasio-Cortez violated House ethics rules was not the most scandalous aspect of the incident.

Thompson did not threaten anyone.

He did not call Ocasio-Cortez or her boyfriend names.

Nor did he post any personal information that could lead to harassment.

All he did was tweet publically available information and question if a public official was abusing tax payer resources.

But because Thompson called out the left’s new “it girl” the liberal tech overlords in Silicon Valley stepped in and silenced Thompson.

They would have gotten away with it but Thompson knew who to contact in conservative media and Twitter was forced to back down.

Your average conservative social media user doesn’t have those connections.

So when social media platforms “unperson” most individuals they have no recourse and fade quietly into the night.

The fake news media constantly pushes back on claims that social media companies – that are run and overwhelmingly staffed by liberals – discriminate against conservatives.

But the evidence is clear to anyone willing to look, that social media looks for any reason to silence conservative viewpoints.

Luke Thompson was just the latest casualty of Silicon Valley’s war on conservatism and the GOP.