Latest
Kevin McCarthy’s Bid as Speaker Now In Doubt...
FBI Whistleblower Paid the Price for Calling Out...
Nancy Pelosi’s Replacement Could be Much Worse for...
Joe Biden’s FBI Director Just Admitted This About...
Leading GOP Congressman Says Joe Biden has Weaponized...
A Shocking New Study on Gun Laws Has...
World Leaders Agreed to a Global Passport System...
This Lincoln Project Co-Founder is in Hot Water...
Biden’s CIA Head Ran This Think-Tank That Hired...
The Shocking Truth About Jeffrey Epstein’s Network of...
Home U.S. NewsGovernment The IRS Just Got Their Hand Stuck In The Cookie Jar After Their Anti-Conservatism Bias Was Revealed
Government 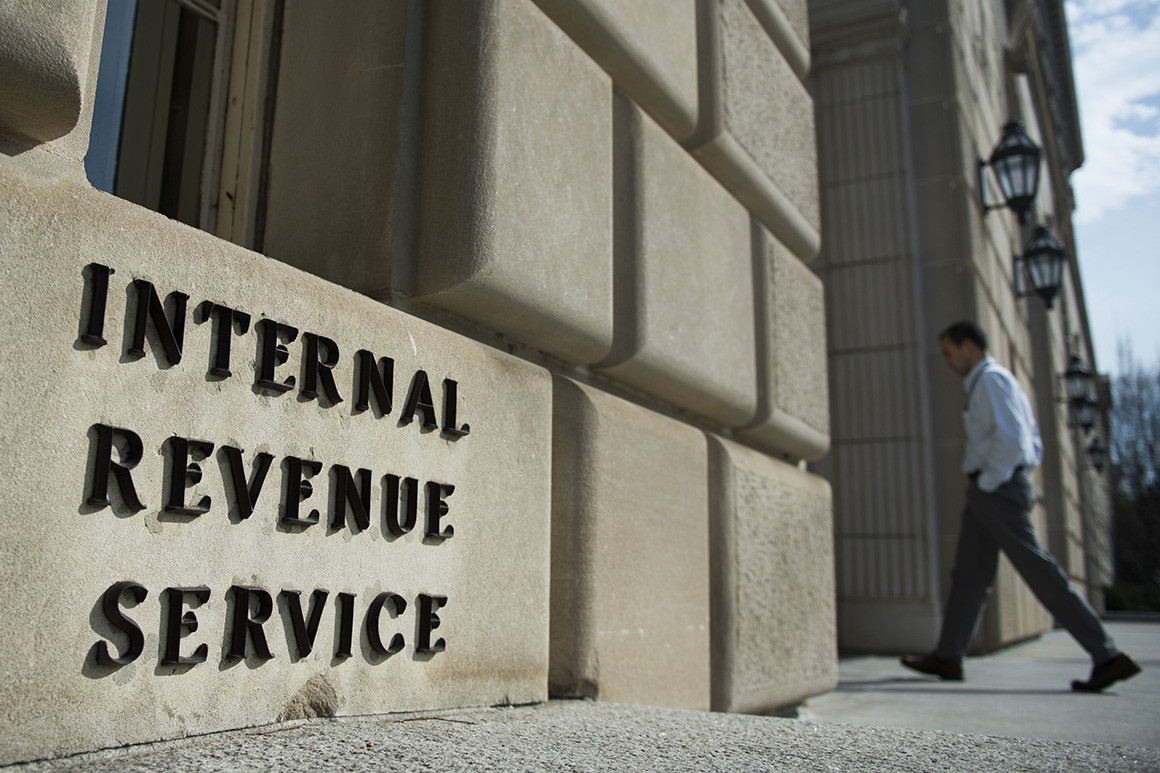 The Internal Revenue Service has long been a thorn in the side of every hard-working American since its inception.

As the old saying goes, “taxation without representation” is the epitome of the IRS’ business practices and the fact that we don’t have any legal recourse against them makes the federal organization an all-powerful entity.

But we just found out that the IRS got their hand caught in the cookie jar with this explosive new anti conservatism revelation.

Liberals will mock conservatives that President Obama’s administration was without controversy, or in other words, scandal-free.

That is a delusion of grandeur that Democrats and liberals share. The Obama administration had many scandals like the travesty in Benghazi, the nearly 30,000 bombs they dropped in one year, the Iran nuclear deal and above all the IRS targeting scandal.

The IRS revealed that it selected certain political groups for auditing and scrutiny that just so happened to be predominantly conservative – more specifically, groups that had such terms as “tea party” exclusively in their name.

Every report from the Treasury Department’s Inspector General found that from 2004 to 2012 they used conservative keywords to hone in on groups that they wanted to target.

Now we’re finding out that the triggered Obama deep state IRS agents ran deeper than we thought and they continued to be selective in their anti-conservative bias in a grotesque way.

Two officials who were featured includes tax examiner and a member of the Austin Democratic Socialists of America, Thomas Sheehy, and IRS attorney, Jerry Semasek.

An exchange over former disgraced IRS Commissioner John Koskinen showed that Sheehy was out for the unfairly scrutinized conservative groups’ blood.

Sheehy proclaimed, “John Koskinen. He got a lot of flak for giving increased scrutiny to these Tea Party groups. Conservatives got really mad at him, he was so cool though because he deleted all the emails, so they could not hold any evidence against him.”

Later he admitted,  “Yeah, I don’t give a s**t if that is a crime for doing that because… you should give increased scrutiny to those groups because a lot of them are just f***ing fronts for the Koch brothers or whatever.”

Then Semasek told Project Veritas that conservative nonprofit groups were targeted when applying for tax-exempt status and gave an incredibly flimsy reason why.

He told Project Veritas, “The law requires that an organization can’t be political, it can’t be partisan to be tax exempt… Those employees in Cincinnati Ohio started to separate them and put them in a pile. And it turns out that they were like the Tea Party group of people. And I think they did, like Lois Lerner and maybe some of her employees were more liberal leaning or Democrats so I don’t know if they disallowed them, but they required them to produce more documentation to try to prove that they weren’t partisan.”

He then repeated that mistakes were made in 2013:

It’s truly bombastic to classify this as “mistakes,” when everybody knows exactly what their true intentions were.

They wanted to make a mockery out of any tea party conservative groups because they despise him. That’s bias. It’s as simple as that.

Sheehy audaciously admitted, “My friend Chris, like he does a lot of like tech stuff. He even runs the f**kin’, I was looking over his shoulder once at the electoral forum and I noticed that he actually is on the national social media working group. So, he helps run the national twitter account. He also runs our local twitter account. He also is one that does all the bylaws and stuff…. he also works for the IRS.”

This is the deep state unmasked and exposed.

Don’t think for a second that these Obama-loving bureaucrats are just exclusive to the IRS; they exist in every single part of the federal government.

And you can bet your bottom dollar that they absolutely despise Pres. Trump with every fiber of their being and they will do anything to bring him and any group that supports him down.