Latest
Kevin McCarthy’s Bid as Speaker Now In Doubt...
FBI Whistleblower Paid the Price for Calling Out...
Nancy Pelosi’s Replacement Could be Much Worse for...
Joe Biden’s FBI Director Just Admitted This About...
Leading GOP Congressman Says Joe Biden has Weaponized...
A Shocking New Study on Gun Laws Has...
World Leaders Agreed to a Global Passport System...
This Lincoln Project Co-Founder is in Hot Water...
Biden’s CIA Head Ran This Think-Tank That Hired...
The Shocking Truth About Jeffrey Epstein’s Network of...
Home U.S. NewsPolitics A Viral Video Exposed The Dark Secret CNN Doesn’t Want You To Know About
Politics 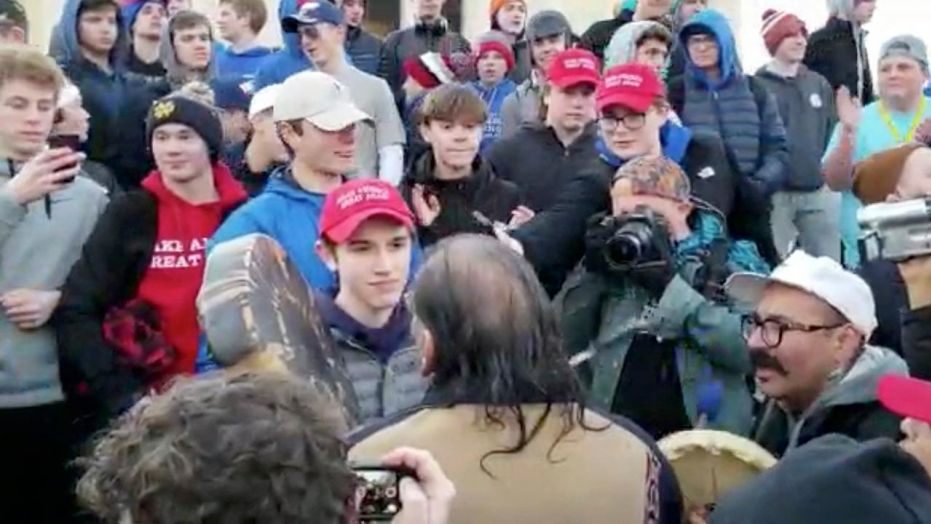 A viral video exposed a scandal that threatens to take down the fake news media.

And this is a crisis of their own making.

That’s because this jaw dropping video exposed a dark secret that CNN and the rest of the liberal media don’t want you to know about.

It wasn’t just Buzzfeed’s credibility that was shot.

In fact, the big three broadcast networks – ABC, CBS and NBC – devoted an unheard of 27 minutes of air-time to this false story.

The media needed a distraction.

So they turned to an old standby – smearing Trump supporters as racists.

The unfortunate victims were a group of students from Covington Catholic in Kentucky.

A group of boys from the school attended the March for Life in Washington to demonstrate their support for the unborn.

But while they were at the March, a group of black nationalists terrorized them with threatening language and racial and homophobic taunts.

In the middle of this chaos, 85-year-old Native American activist Nathan Phillips pushed his way into the group of students and stood nose to nose with a bewildered teenager.

Phillips then banged his drum inches from the child’s face in a threatening manner.

The students had broken out into school cheers to drown out the black nationalists’ slurs, but the scene that was captured on video appeared to show a group of white teenage boys – some of whom sported Trump campaign hats – harassing an innocent Native American man.

That was the dominant story in the fake news media from Friday night into Sunday morning.

Phillips also claimed – which the media reported uncritically – that the boys yelled racial slurs at him.

CNN’s Ana Cabrera tweeted out a clip of an interview with Phillips where he repeated his lie that the boys hurled hate-filled insults his way.

“The Native American who apparently was being mocked by teens wearing MAGA hats in a viral video says he has “fear for those youth, fear for their future, fear for their souls, their spirit, what they’re going to do to this country,” Cabrera wrote.

The Native American who apparently was being mocked by teens wearing MAGA hats in a viral video says he has “fear for those youth, fear for their future, fear for their souls, their spirit, what they’re going to do to this country.” pic.twitter.com/GQgvZAkPtQ

This was all a lie.

A longer video show it was the Covington Catholic students under attack and Phillips was clearly the aggressor.

But the media only backtracked when word leaked out that the students’ parents were threatening to sue over the coverage.

And the truth was even uglier.

The students from Covington Catholic presented straight out of central casting “villains” for the fake news media.

The media didn’t need to see video to let their imaginations run wild that these were Klansman in training.

In all three cases, fake news reporters convicted the Covington students, Duke lacrosse players and University of Virginia fraternity brothers because – to them – they represented a system of white wealth and privilege that defines America as an inherently racist and immoral country.

Do you believe the so-called “mainstream” media colludes with each other in order to push the Democrat Party agenda?