Latest
Sources Say Joe Biden Ordered the Destruction of...
Joe Biden Has a Plan to Regulate Cryptocurrency...
Joe Biden Just Said the One Thing That...
This Shocking New Hunter Biden Revelation has Democrats...
Joe Biden is Stepping Up Efforts to Purge...
More 2020 Voter Fraud – Election Official Charged...
Mitt Romney Proved He’s a Tool of the...
Ford Slammed the Brakes on the Deep State’s...
Even the Deep State is Going Bananas Over...
The FBI Secretly Forced Americans to Hand Over...
Home U.S. NewsGovernment Brett Kavanaugh Has A Surprise For Mueller That Could Turn Everything Upside Down
Government 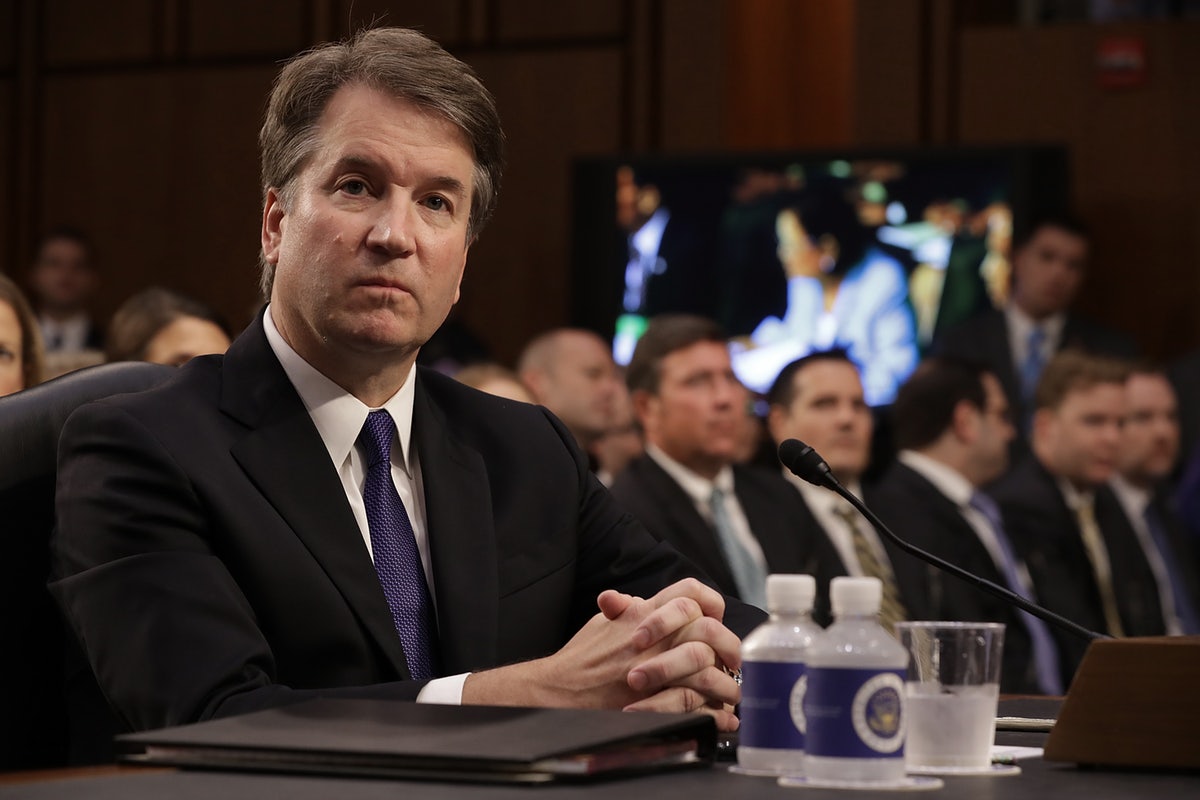 Special counsel Robert Mueller is fighting a high stakes battle with his coup against President Trump.

The future of American democracy is at stake.

And Brett Kavanaugh may have a surprise for special counsel Mueller that could turn everything upside down.

Part of Mueller’s rigged witch hunt against the President is pursuing fake indictments against Russian companies and nationals for election “meddling.”

In pursuit of this thread of the “investigation,” Mueller subpoenaed a Russian company owned by their government.

A lower court judge imposed financial penalties on the company for every day they did not comply, but the Supreme Court stayed that order with a brief two sentence order.

Now the Justices met behind closed doors on Friday to decide if they would take the case.

This matter is the most serious threat to Mueller’s unlimited scope and authority that Deputy Attorney General Rod Rosenstein laid out when he appointed Mueller in May 2017 and then officially clarified in an August 2017 memo.

During Brett Kavanaugh’s confirmation hearings the left zeroed in on Kavanaugh’s past writings about not being able to criminally prosecute a President.

Democrats took this to mean Kavanaugh would vote to limit Mueller’s authority if Republicans confirmed him to the court.

But conservatives have their own nightmares about this case.

Chief Justice John Roberts is the dictionary definition of a swamp creature.

Trump supporters fear Roberts will fear the media condemning him for being a “Trump stooge” if he votes to limit the special counsel’s power.

He could easily side with the court’s four Trump-hating liberals and sell the President down the river to the special counsel.

And it’s clear Mueller’s true target is the special counsel.

Former Trump campaign aide Sam Nunberg recently appeared on MSNBC’s The Beat and made it clear from his interviews with Mueller and his gang of seventeen angry Democrats that they were still trying to nail Trump on false charges of Russian collusion.

Nunberg told host Ari Melber that prosecutors were probing if Trump was an active part of the conspiracy by questioning Nunberg on how often Trump spoke to Roger Stone.

Mueller and his team believe – despite no evidence to back this up –that Stone maintained contact with WikiLeaks where the anti-secrecy group provided him with information about their plans to release emails and Stone, in turn, relayed that information to Trump.

The special counsel contends WikiLeaks was a front for Russian intelligence.

Some Mueller critics wonder if this mystery Supreme Court case is another way to frame the Russian government for the hacking of the Democrat National Committee and connect the dots between WikiLeaks and Donald Trump himself.

They will not let this fake news hoax go.

Nunberg said his experience tells him Mueller has no direct evidence of any Russian collusion.

But that makes Mueller’s report –as well as this new Supreme Court case – so dangerous.

The special counsel can fill his report with innuendo and hearsay and let the media’s imagination run wild.

We will keep you up to date on this ongoing story.