Latest
Joe Biden’s Reckless Behavior Has Created This Huge...
Tucker Carlson Exposed A Horrifying Way Vaccine Companies...
Top Republican Just Exposed How Democrats Are Covering...
A Key Player In the Democrats’ Attacks Against...
Dr. Fauci Was Working On This Huge Secret...
Devin Nunes Said Nine Words That Laid Bare...
This Voting Machine’s Irregularities Were Major Enough To...
A Top Official Dropped A Bombshell How Democrats...
This One Document Shows Just How Much Joe...
A Democrat Proposed A Wild Conspiracy Theory To...
Home U.S. NewsGovernment Trump Was Numb With Rage When He Found Out What Obama’s Deep State Had Planned
Government 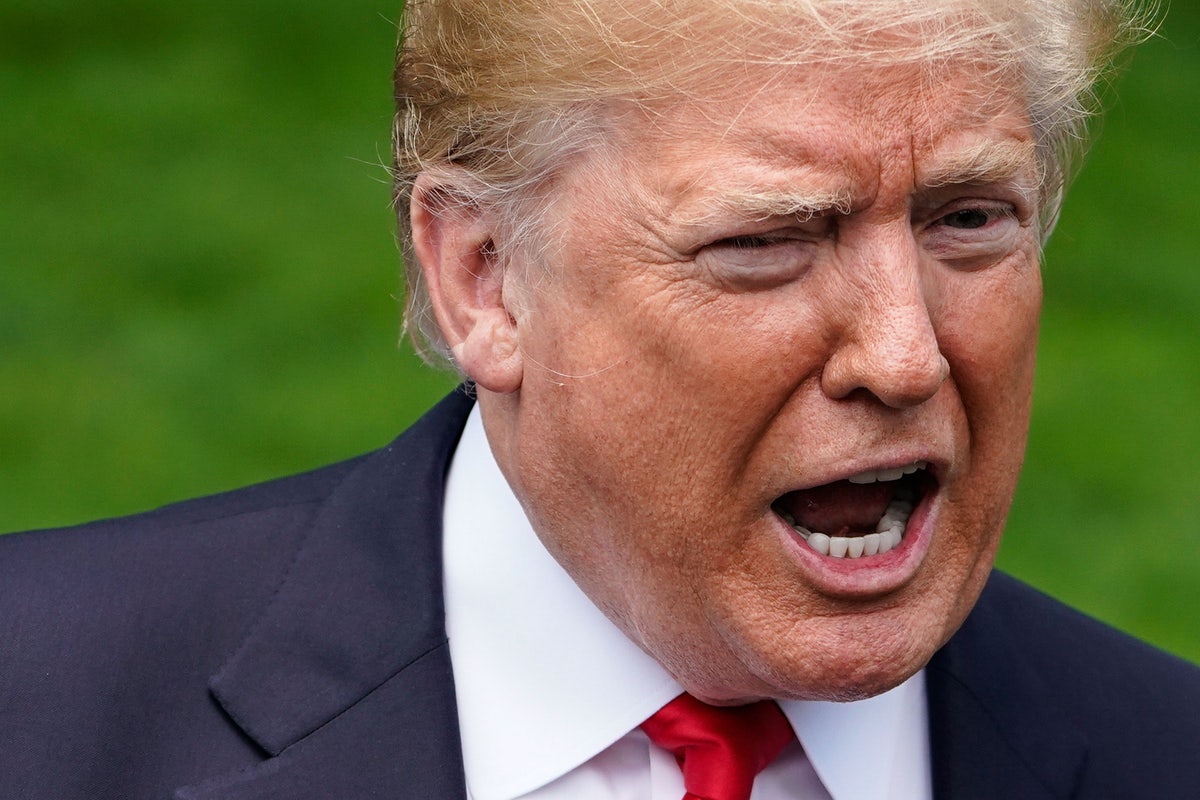 Democrats and their deep state allies are backed into a corner.

They picked a fight they quickly realized Donald Trump had no intention of losing.

So they put in motion this terrible plan that will leave Trump numb with rage.

The federal bureaucracy is stuffed full with Barack Obama and Democrat Party loyalists.

Civil service rules make it impossible for Republican administrations to clean out the enemy within as left-wing activists burrow deep inside the government and launch missions of sabotage from the inside.

Nowhere is this more apparent than in the ongoing government shutdown.

Nancy Pelosi and Chuck Schumer will not release any Democrats to vote for funding for President Trump’s border wall.

Instead, they shut down the government.

In shutdown fights, Democrats typically try to manipulate the levers of government to inflict pain upon the American people.

They close national parks, refuse to pick up trash and shutter other routine services in order to incite a public backlash against Congressional Republicans.

And in the past, weak-kneed Republican “leaders” such as Newt Gingrich, Mitch McConnell, and John Boehner folded their tent once the first negative headline ran in the New York Times.

This time is different.

Donald Trump is in the White House and he shows no signs of caving in.

“Great support for Border Security and the Wall.” @foxandfriends Even greater than anyone would know! “Presidents supporters do not want him to cave.” @SteveDoocy I won’t!

So Democrats resorted to an old standby.

They colluded with the ideological soul mates in the Deep State and ordered them to wreak havoc.

This time they tried a new tactic.

With the government shut down over the holidays the left figured the easiest way to throw the United States into chaos and inflame the population against Donald Trump was to muck around with air travel.

Thus, TSA agents across the country began to call in “sick.”

Fake news CNN reported airports receiving record numbers of sick calls from TSA agents who refused to show up for work since they were not being paid.

170 TSA agents called out sick each day at New York’s JFK Airport during the first week in January.

At the Dallas-Fort Worth Airport, CNN reported callouts were up 200-300% percent.

The plan was simple.

Without TSA agents on the job to “screen” passengers, security lines would grow to uncontrollably long lines which would lead to frustrated passengers turning airports into unruly mob scenes.

However, the Deep State miscalculated.

Critics accuse the TSA of being the poster child for out of control government.

Their agents grope passengers around their private areas and screen them in x-ray machines that allows some perverted agents to catch a glimpse of them naked.

If the Deep State and Democrats thought Americans would be outraged at Trump because the shutdown ended the practice of government agents sexually molesting airline passengers, they were sorely mistaken.

The TSA “sickout” caused no political pressure on Trump.

While the fake news media runs sob stories about poor federal workers being denied a paycheck, the anti-Trump media predictably failed to tell the whole story.

First, most of the workers are dyed-in-the-wool Democrats.

Government workers missing a paycheck are going to complain to elected Democrats since those are their allies.

Second, government workers always get back pay once a shutdown ends.

No one missed a paycheck or goes without.

It is simply fake news to claim otherwise.

The left hatched this “sickout” plan in order to force Donald Trump to capitulate on the border wall.

This was an epic misfire.

Airline passengers did not miss being fondled by TSA agents.