Latest
Joe Biden’s Reckless Behavior Has Created This Huge...
Tucker Carlson Exposed A Horrifying Way Vaccine Companies...
Top Republican Just Exposed How Democrats Are Covering...
A Key Player In the Democrats’ Attacks Against...
Dr. Fauci Was Working On This Huge Secret...
Devin Nunes Said Nine Words That Laid Bare...
This Voting Machine’s Irregularities Were Major Enough To...
A Top Official Dropped A Bombshell How Democrats...
This One Document Shows Just How Much Joe...
A Democrat Proposed A Wild Conspiracy Theory To...
Home U.S. NewsGovernment Democrats Just Let The Cat Out Of The Bag On Their First Move To Impeach Trump
Government 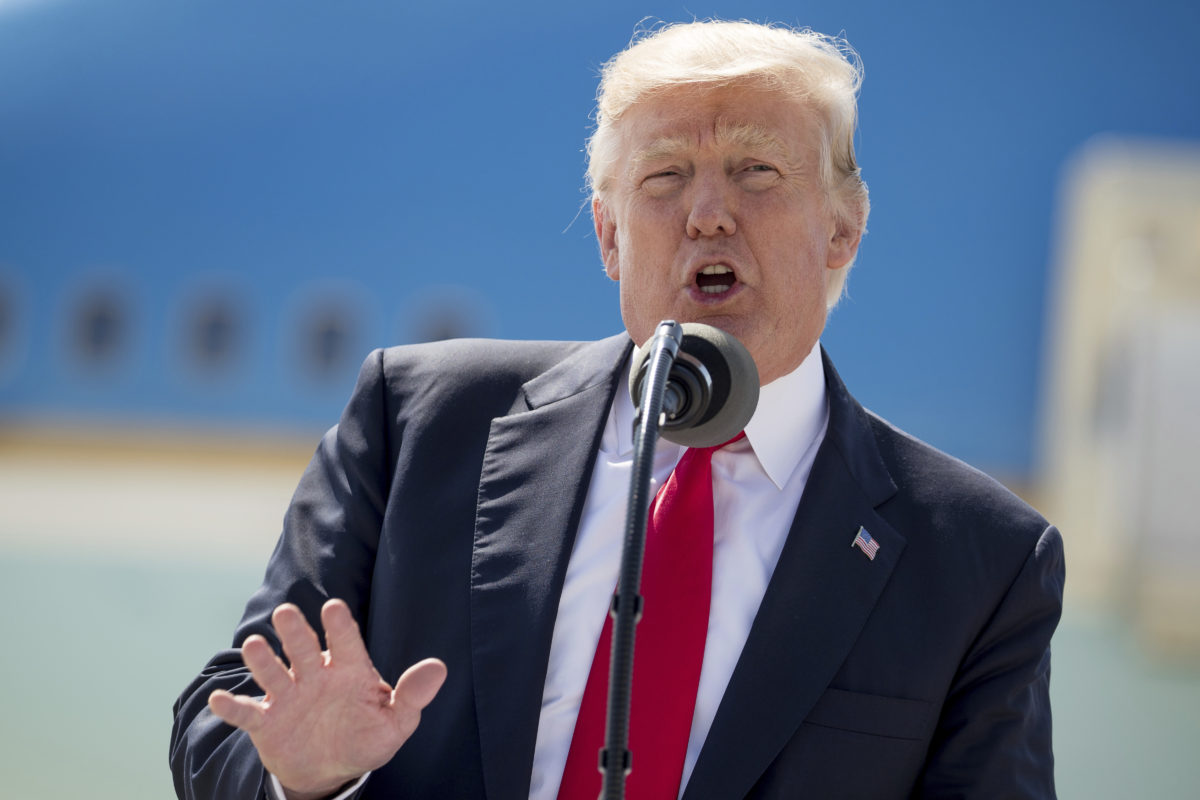 The Democrats pulled a fast one on the American people.

Nancy Pelosi spent all election season swearing up and down that electing Democrats was not a recipe for a partisan attempt to remove Donald Trump from office.

But one top Democrat let the cat out of the bag on their first attempt to remove Donald Trump from office.

Elijah Cummings is the new chair of the House Oversight Committee.

When the Democrats took over the House, he made a big show of claiming his committee’s first move was not going to be targeting Donald Trump for impeachment.

Cummings’ committee plans a full-scale assault on the President of the United States in order to overturn the results of the 2016 election.

“Over the last two years President Trump set the tone from the top in his administration that behaving ethically and complying with the law is optional,” Cummings exclaimed. “We’re better than that.”

Cummings soon made it clear just how far he was willing to go in his plans to impeach the President.

The Oversight Committee announced former Trump attorney Michael Cohen would appear before the committee on February 7.

Democrats could not wait to put Cohen front and center once he pled guilty to making hush money payments during the 2016 election to two women claiming affairs with Donald Trump nearly a decade ago.

Cohen claimed he made these payments at Trump’s direction.

Many legal experts doubt that Cohen actually committed a crime – or that Trump participated in one – because of the dubious nature of the charges.

If those payments were illegal because they were not properly reported, then any personal expenditure by a candidate for office is illegal if it’s not reported.

If a candidate buys lunch at McDonald’s with his personal money and doesn’t report it, this new standard means his behavior is now illegal because candidates need to eat in order to campaign and thus his McDonald’s meal just affected the election.

Oversight Committee ranking member Ohio Congressman Jim Jordan – who founded the House Freedom Caucus and is one of Trump’s strongest allies in Congress – blasted Cummings for organizing a partisan circus for his first act as Chairman.

“Chairman Cummings promised to pursue rigorous, responsible, fact-based oversight. However, the Chairman’s announcement today suggests he will be using the committee as a venue for political theater rather than legitimate oversight,” Jordan told CNN.

The Democrats’ anti-American push to steal democracy away from the American people will backfire.

One reason Democrats bent over backwards to avoid impeachment talk on the campaign trail last November was because they knew it was political poison.

Deep down Democrat leadership knows this is true.

But they also realize their fanatical base turned out last November to elect a Congress that would remove Donald Trump from office even if tears apart the fabric of America and also leads to the Democrats’ political demise in 2020.