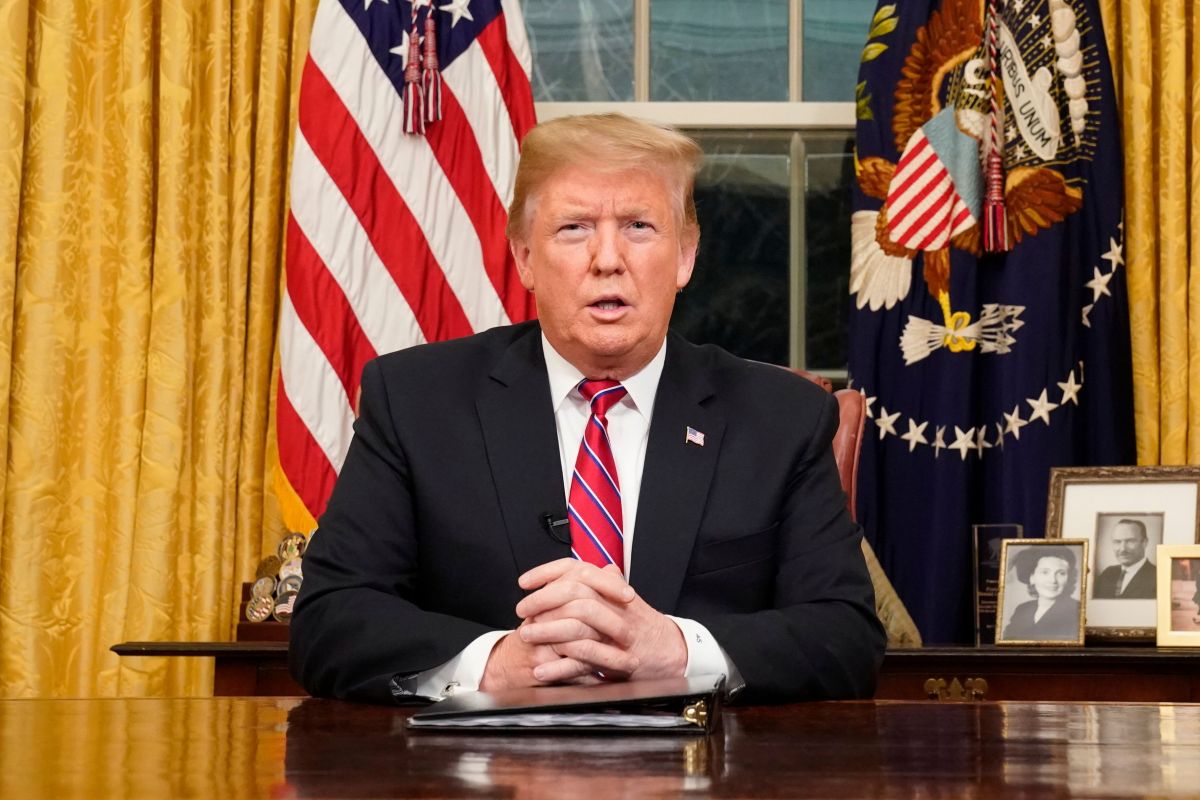 Illegal immigration on the southern border of the United States is an enormous problem in this country and if you think otherwise then you’re blind to what’s truly happening.

This is precisely why President Trump campaigned for a wall along the U.S. Mexico border and is willing to shut down the government to do so because it’s necessary to protect American citizens.

But it’s not Trump’s border wall that “might” put some of his supporters at odds with him but deep state bureaucrats using it as an excuse for unneeded land grabs.

President Trump campaigned for the border wall in 2016.

Many Americans elected him for this idea because they don’t want illegal immigrants flooding in over the border.

Democrats allowed this to go on for years and enough was enough.

Now we have caravans coming to every inch of the border. Some of them are violent and aggressive.

The wall would make it easier for the Border Patrol to protect American citizens.

That’s why the wall is so badly needed on the southern border.

The problem though is in order to build this wall the federal government will need to take some land from property owners along the border under eminent domain.

Many of those landowners are President Trump supporters.

But it’s not Trump or his administration that will take their land.

It’s federal government agencies and bureaucrats who are responsible for the eminent domain.

And you can bet that these bureaucrats will do everything in their power to abuse these landowners’ rights to make Trump look bad.

Their goal is to treat them miserably and point fingers at Trump as if it’s all his fault.

These bureaucrats have a long history of bullying ranchers out of their land by aggressively underpaying them.

And they also prey on those that can’t afford lawyers to fight back.

The Texas Tribune reported that “Homeland Security circumvented laws designed to help landowners receive a fair compensation. The agency did not conduct formal appraisals of targeted parcels. Instead, it issued low-ball offers based on substandard estimates of property values.”

The reason is because Cavazos couldn’t afford a lawyer.

And in cases where the property owners could afford lawyers, they negotiated larger bids.

Attorney Rollins Koppel negotiated a $233,000 offer to just short of $5 million for a property along the Rio Grande Valley.

But all of this was before Trump was president.

Expect the tactics that these deep state bureaucrats use tend to be a lot more aggressive and cruel, especially if they identify some of those landowners as Trump supporters.

Also, the wall will be two feet thick and will require an eight-foot road along the U.S. side.

These anti-Trump federal employees will manipulate these landowners into believing that Trump is the one who screwed them out of their land.

Is This Awful Globalist Plan To Impose Martial Law About To Come To America?