Latest
Joe Biden’s Reckless Behavior Has Created This Huge...
Tucker Carlson Exposed A Horrifying Way Vaccine Companies...
Top Republican Just Exposed How Democrats Are Covering...
A Key Player In the Democrats’ Attacks Against...
Dr. Fauci Was Working On This Huge Secret...
Devin Nunes Said Nine Words That Laid Bare...
This Voting Machine’s Irregularities Were Major Enough To...
A Top Official Dropped A Bombshell How Democrats...
This One Document Shows Just How Much Joe...
A Democrat Proposed A Wild Conspiracy Theory To...
Home Horror Stories The FBI Did Something Deeply Troubling To The Trump Campaign
Horror Stories

The FBI Did Something Deeply Troubling To The Trump Campaign 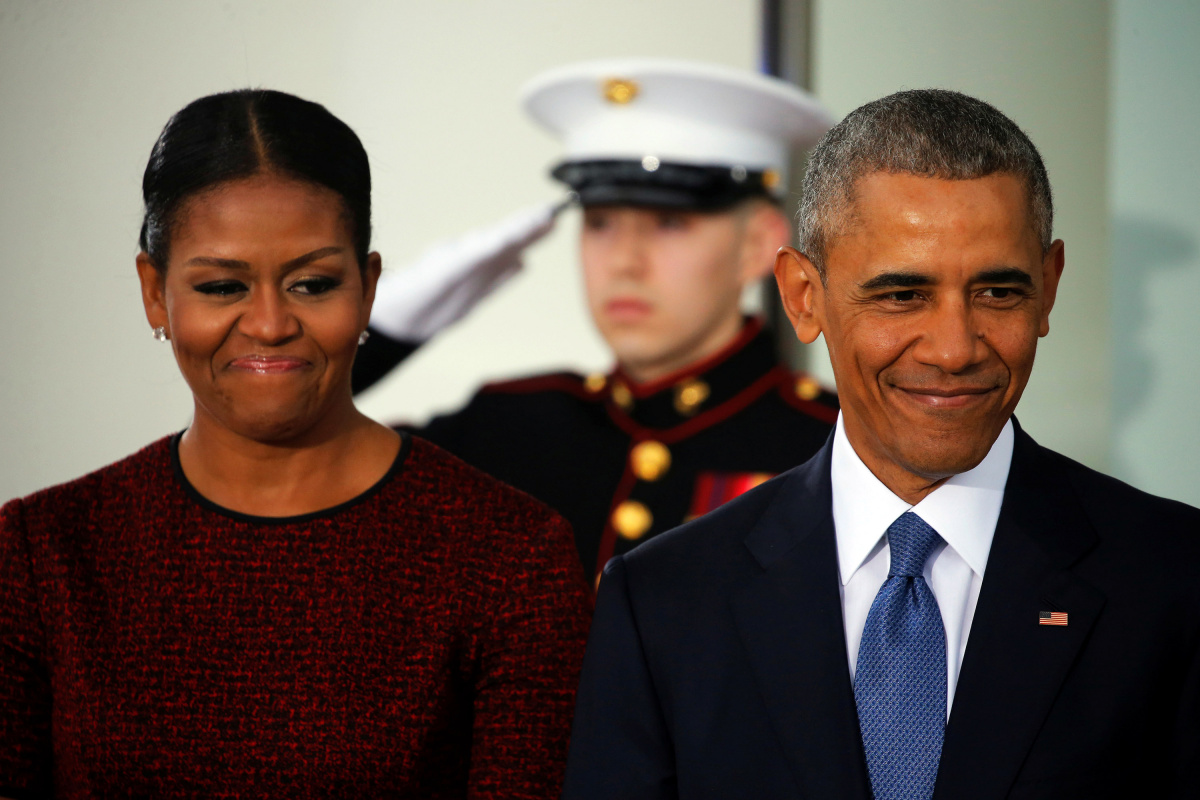 Obama has shown true disdain for Trump and even mocked him by saying he would never become President.

But what Obama’s FBI did to the Trump campaign is truly terrifying.

When examining the forces working against Donald Trump, it’s miraculous he became President at all.

Shortly after winning office, Trump tweeted that his campaign had been spied on by Obama.

But Trump was proven right, so the media had to manipulate the story and start downplaying the spying efforts.

And the rabbit hole runs deep.

After chiding Trump for his claims, the left had to change their narrative.

Yes, the Obama administration ran surveillance on the Trump campaign, but they did it to “protect” him.

This is precisely what Obama’s Director of National Intelligence James Clapper said on The View.

First of all, that’s preposterous.

If intelligence agencies were trying to protect Trump from so-called unsavory characters, they would’ve alerted him to the activity.

Instead, they did the opposite.

Every thread of evidence suggests the FBI was actively working against Trump.

The NSA had been conducting prohibited database searches and the FBI was distributing intelligence data to “private contractors” within its bureaucracy.

All of this occurred under Obama’s watch.

Prior to Judge Collyer’s ruling, John Carlin—the head of the DOJ’s National Security Division—resigned, conveniently shielding himself from an inquiry by the Inspector General.

Furthermore, the FBI secured a FISA warrant to spy on low-level Trump aide Carter Page based on the dubious opposition research known as the  “Steele dossier” which was funded by Hillary Clinton.

But that wasn’t the only attempt to approach Page.

Now it appears Halper is in the wind.

And the FBI’s connections to the Trump campaign go even deeper.

Papadopoulos allegedly received information from a professor named Joseph Mifsud that the Russians had damaging emails on Hillary Clinton.

Mifsud supposedly had connections to Russia, but his lawyer Stephan Roh suggested otherwise.

During a recent interview on Fox News with Tucker Carlson, Papadopoulos said, “New information has come out recently from [Mifsud’s] lawyer and what his lawyer is telling the world is that this person…was not working at the behest of Russia…He was under the guidance of the FBI.”

Papadopoulos’s comments are buttressed by the fact that Roh published a book called, “The Faking of Russia-Gate: The Papadopoulos Case.”

A twisty John Le Carré novel is unfolding in front of everyone’s eyes.

And it gets even twistier.

The man who alerted the FBI of Papadopoulos’s alleged connections was an Australian diplomat named Alexander Downer.

In 2006, Downer signed off on a $25 million dollar donation from the Australian government to the Clinton Foundation.

The FBI under Obama’s purview was clearly in the bag for Hillary Clinton.

Lynch was chatting up Bill while Hillary was under investigation for her email scandal.

Lynch soon told FBI Director James Comey to refer to the scandal as a “matter.”

And thus Hillary walked away clean, despite clear felonious activity, because she was supposed to be Obama’s successor.

Comey’s underlings at the FBI were equally compromised.

Deputy Director Andrew McCabe was fired for malfeasance at the request of the independent Inspector General.

The two discussed their ire at the idea of a Trump presidency.

Strzok assured Page via text that they had an “insurance policy” to “stop it” from happening.

This all makes one think Trump was being too kind when he said he was spied on.

The tangled web of intelligence agents and assets suggest Trump was the target of a full-on coup.