Latest
Joe Biden’s Reckless Behavior Has Created This Huge...
Tucker Carlson Exposed A Horrifying Way Vaccine Companies...
Top Republican Just Exposed How Democrats Are Covering...
A Key Player In the Democrats’ Attacks Against...
Dr. Fauci Was Working On This Huge Secret...
Devin Nunes Said Nine Words That Laid Bare...
This Voting Machine’s Irregularities Were Major Enough To...
A Top Official Dropped A Bombshell How Democrats...
This One Document Shows Just How Much Joe...
A Democrat Proposed A Wild Conspiracy Theory To...
Home U.S. NewsGovernment Donald Trump Just Called Out The Biggest Threat To His Re-Election
Government 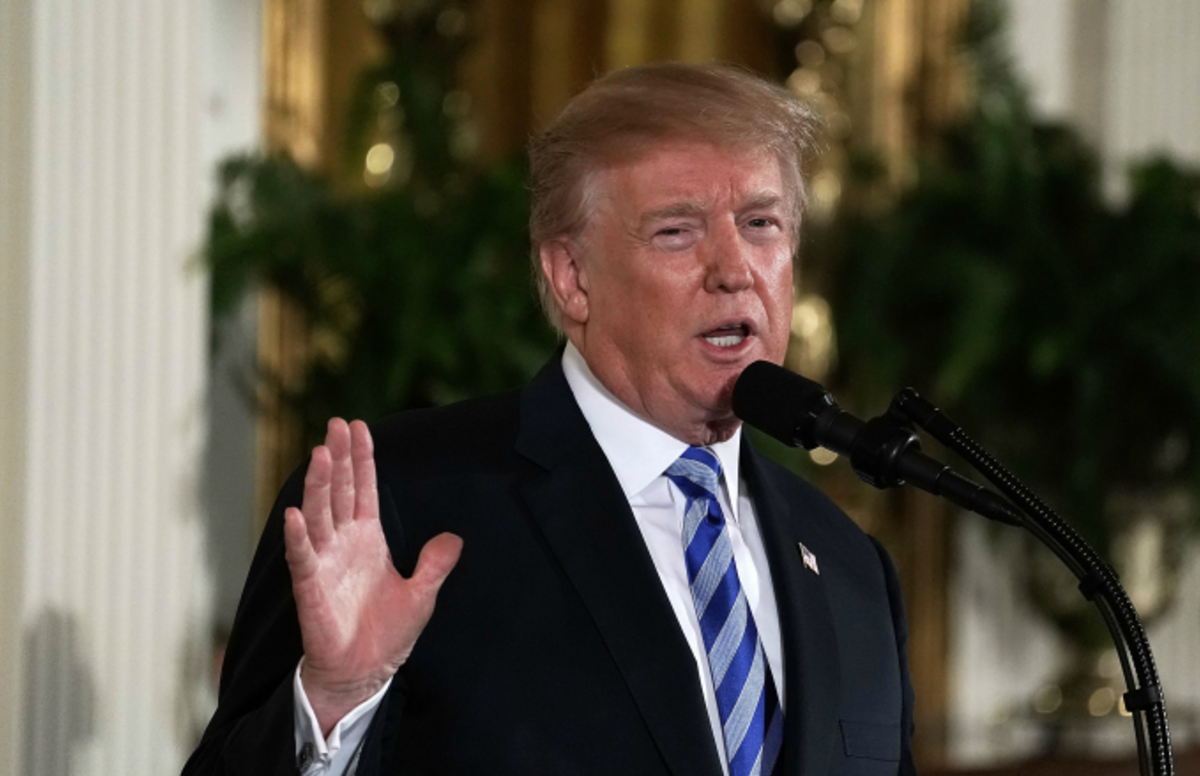 Donald Trump is running for re-election in 2020.

But one big threat stands in his way.

That’s why Trump took action and called out the one person who could stop his re-election.

During the campaign, Donald Trump pledged to Audit the Federal Reserve.

It is so important to audit The Federal Reserve, and yet Ted Cruz missed the vote on the bill that would allow this to be done.

Conservatives cheered this statement as it looked like Trump really meant it when he said he wanted to drain the swamp.

But swamp leaders in Congress have not moved on legislation to Audit the Fed.

That hasn’t stopped Trump from blasting the Federal Reserve for manipulating the economy.

Thanks to his tax cutting and deregulation agenda, the economy is booming.

Indicators like consumer confidence, jobless claims and unemployment are at their lowest levels in years.

However, the Federal Reserve is not happy about the good times.

Trump supporters believe the Fed is working on behalf of the swamp.

They are raising interest rates to slow down the economy.

Critics contend Powell’s goal is to plunge the economy into a recession next year to ruin Trump’s re-election.

Trump is not taking the Fed manipulating the economy lying down.

He blasted the Fed in an interview with Fox Business Channel.

“Because the Fed is raising rates too fast. And it’s independent, so I don’t speak to him,” Trump stated. “But I’m not happy with what he’s doing because it’s going too fast. Because – you look at the last inflation numbers, they’re very low.”

He told reporters before a rally in Pennsylvania that “I think the Fed is making a mistake. They are so tight. I think the Fed has gone crazy,” the president stated.

He wrote on his website “Trusting the Federal Reserve to produce permanent prosperity instead of a boom-and-bust cycle is a textbook example of a popular definition of insanity being repeating the same action in hope of getting different results. The Federal Reserve System is as unworkable and doomed to failure as every other form of central planning.”

Their endless cycles of printing money allowed for the bailouts, foreign wars and the welfare state to flourish.

Conservatives believe the only way to shrink government is to Audit the Fed.

By auditing the fed and shining a light on the backroom schemes to inflate or sink the economy will cause the American people to demand an end to the Federal Reserve banking system.